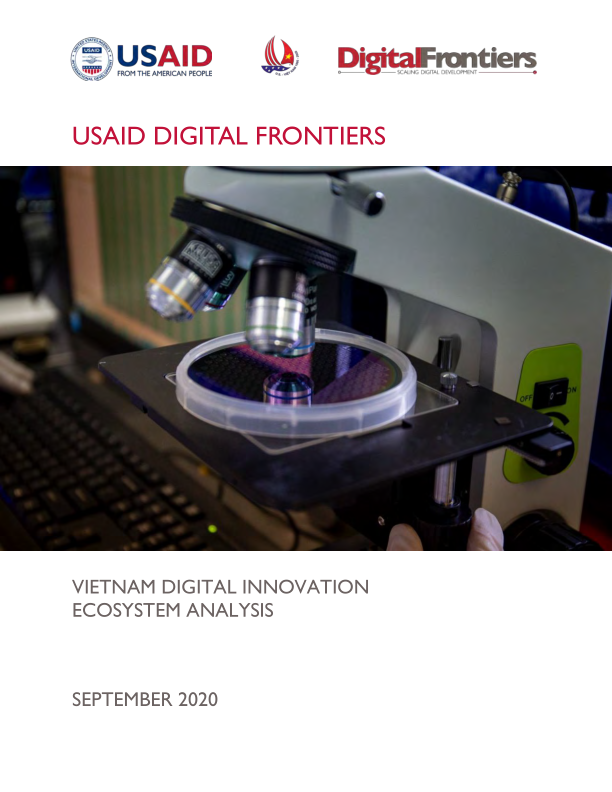 The Vietnamese digital innovation ecosystem is marked by enthusiasm and a sense of tremendous possibility. The country’s entrepreneurial spirit, combined with a solid technical education system and a domestic market of almost 100 million people, make it a strong contender to have a vibrant digital economy in the near future. The government has clearly communicated its intent to foster that growth.

In examining the key features of the ecosystem and comparing them to successful innovation hubs elsewhere, the primary tendency that emerges is a disconnection of actors in the Vietnamese ecosystem. Many startups serve a market of small and medium-sized enterprises, but that relationship is often one-way, with little feedback sought by or offered to the startup. Large domestic enterprises rarely acquire startups; instead, they invest in them primarily as a matter of social responsibility than of market imperative. Foreign tech companies offer little in terms of technology transfer or transformative development of a foundational innovation workforce. Government programs are too often built on a supply rather than a demand basis, offering support that is not much wanted or that adds little value. Academic research lacks links to market application or need. There are exceptions to all of these features, but the general tendencies remain.

The legal and regulatory framework is improving, but major challenges remain, particularly with respect to the investment and business environment, intellectual property, the uncertain environment for fintech, and use of data. Some of these issues create significant barriers to progress.

USAID might consider programming that is organized along human-centered design principles to help alleviate some of these problems and better connect the ecosystem’s actors to one another and to consumers – particularly consumers from underserved communities. A range of options for such programming is presented at the close of this document.